“It behaves just like a real estate investment at a fraction of the cost. But it also appreciates in value at a faster rate. The nicest part about a memorial investment is the flexibility between letting it appreciate in value but can be easily utilized if something happens to you or your loved ones,” Villar said.

And true enough, James was able to sell a lot for almost thrice its original price to an at-need case, a family urgently needing one, in the past.

A matter of location

Location played a huge role in the three’s decision in purchasing memorial lots.

James prefers lots near their area of residence, a common case for most buyers, though others opt to be buried in their hometowns or provinces. He also looks for something accessible, easily located and near the main road.

The same goes for Marie. Despite having lots in their hometown in Bulacan and in Manila, she chose the memorial park near their current residence in Cavite.

James also considers the overall appearance, ensuring it has adequate amenities for visiting loved ones and is well-maintained. Similarly, Cell checked in with her agent regarding the maintenance of the lots before purchase.

Most memorial parks have a perpetual care fund, which sustains the maintenance of the memorial lots for a long period of time.

The Housing and Land Use Regulatory Board, the regulator of cemeteries and memorials parks in the country, defines lawn areas as underground interment gardens with kept grass and flat marble niches.

Garden lots are similar but are distinguished by raised niche, while mausoleums are “large stately tombs,” which can carry multiple remains.

Some families choose to have their departed loved ones in one place and purchase family estates, private areas meant for family mausoleums.

Marie initially planned to buy a family patio, but other families beat her to it. Instead, she purchased the two adjacent lots beside her mom’s.

“Because I thought, if ever, [our relatives] would just go in one place, no need to be separated,” she said.

The position of the memorial lots also depends on the type and size. Those in prime locations, like near the roads, trees, and rivers, are preferred by buyers but may cost more.

Memorial lots can be costly.

The location of the memorial park also plays a role in the lot’s value. James shared that those within Metro Manila cost more than those in provincial areas. Golden Haven, for example, offers lawn lots in provinces from P40,000 and P300,000 in the city.

Prices also depend on the lot’s placement, as those near the roads are sold higher than the ones in the middle.

They can be expensive, but most developers allow for a year up to five years of installment payment, as in the case of Golden Haven.

“We make sure to offer payment terms that would fit all financial capabilities from paying in cash to spreading it over five years,” Maribeth Tolentino, president of Golden Haven, explained.

Tolentino said the park’s track record should also be taken into consideration when investing in a memorial lot.

“How long have they been in the business? The perpetuity involved in buying a memorial lot requires a company to remain in operation for a very long time,” she added.

There are a couple of renowned memorials parks in the country. The pioneer Manila Memorial Park opened in 1964 and has parks in Sucat, Novaliches, Cavite, Cebu and Davao. It offers lawn lots, garden units and family estates across its 342 hectares of accumulated land.

In 1984, Golden Haven opened in Las Piñas City. It is the first “themed” memorial park and the only one listed on the Philippine Stock Exchange. It offers lawn lots for P40,000 (provincial) to P300,000 (city) and mausoleums and family estates from P1,000,000 onward.

Read the full article through this link https://www.manilatimes.net/2019/11/01/news/top-stories/getting-ready-for-the-inevitable/652573/ 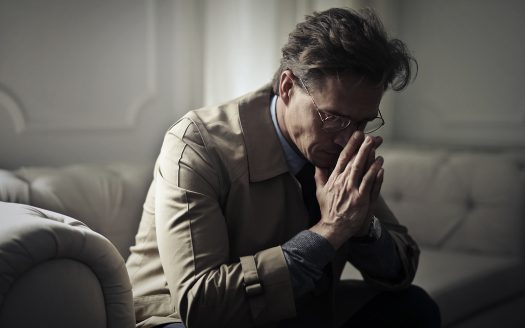 Preparing for the Unforeseen: Investing on M...