Investing in Memorial Lots: A Preparation for the Uncertain

Buying a memorial lot in the Philippines is quite similar to buying any other type of real estate, although due to the nature of what memorial lots are for and where they are located, there are some notable differences.

For one, memorial lots have no land title; they only have lot titles that signify where the lot is located and its measurements. This is also kept on record by the developer or property manager in the case of memorial parks, and by the local government in the case of public cemeteries.

Since the size and location of memorial lots vary according to HLURB rules and regulations, prices for these also vary. According to the published rates for 2018 of one of the known private developers, buying a memorial lot in the Philippines, the base price for lawn lots amount to PhP200,000.00 while garden and estate lots can already cost you millions – PhP2,000,000.00 and PhP18,000,000.00, respectively.

Another consideration when buying a memorial lot: Columbary Vaults! The contract price list for the columbarium comes a bit more economical with the lowest amounting to PhP157,000.00, and depending on the floor and area, can increase to PhP238,220.00. Come to think of it, these sums are already consistent with that of current living spaces, so preparations are also really called for.

But with great purchase comes great other expenses. The amount mentioned prior is just the base price and one must be well-versed that in this world, in reference to a famous saying, death and taxes are two of the things one cannot escape from.

Apart from the associated taxes, there are the facilitation, administration, and transfer fees that vary depending on the park owners or developers. These fees not only cover the processing of the purchase of the memorial lot but also often include the contributions used for the upkeep of the memorial park as a whole. Here in Golden Haven, we call it Maintenance Care Fund.

Additionally, some sellers would include interest unto memorial lots offered via installment plans. This varies depending on the length of the installment terms, although this interest can be up to 20 percent.

Just because you have purchased the lot for your own use doesn’t mean the plans will be as static as the original. Those who own a larger memorial lot can opt to build a columbarium. The HLURB defines this as “any structure, either freestanding or part of another building, containing niches for the inurnment of cremated human remains.”

Additionally, the HLURB states that a columbarium may include an “ossuary,” which refers to the internment space for the bones of the dead. Such a structure makes a memorial lot a viable investment as it can eventually be utilized by an entire family or clan, or for investors who are not bothered by the idea of making a business out of death. This could become a type of space to offer in the expanding memorial lot market.

Did we answer your questions about buying a memorial lot in the Philippines?

Private Memorial Parks in the Philippines

The developers behind these memorial parks have been in the industry for some time now and have taken in the latest trends and innovations to offer a line of services, may it be for pre-need or at-need memorial needs. Resting in peace means not just for the deceased.

Buying a memorial lot in the Philippines has never been easier through Golden Haven. It is owned by Manny Villar and a subsidiary of Golden MV Holdings. They started with just 2 hectares in Las Piñas in 1984 and from there, the company has established park locations in over 30 locations nationwide. They are considered the largest chain and the most beautiful memorial park in the country. Aside from parks, Golden Haven also boasts its complete death care services with its columbarium under the San Ezekiel Moreno Church, a memorial chapel that caters to the memorial needs of the community, and a state-of-the-art crematorium, all of this is located in Las Pinas City. 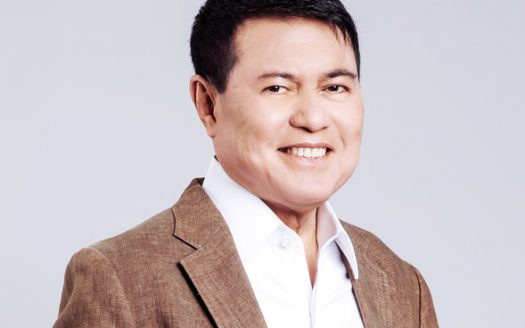 Oct 29, 2020
The human body is not made to last. Some may be healthier than others, yes. Some ...
Continue reading