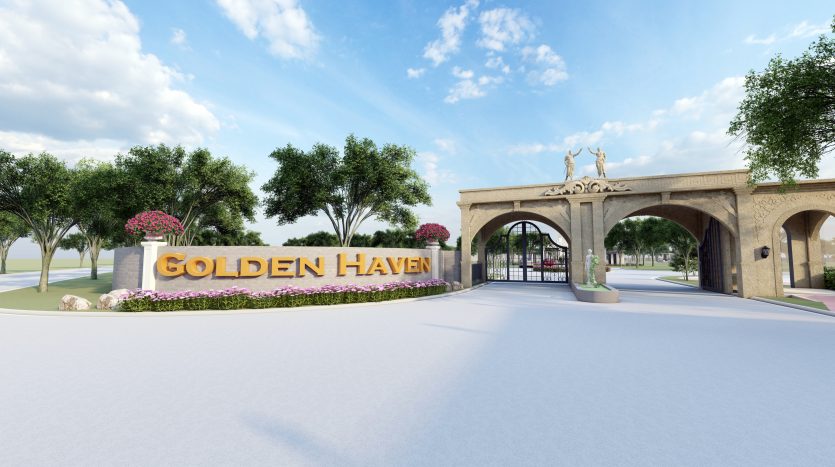 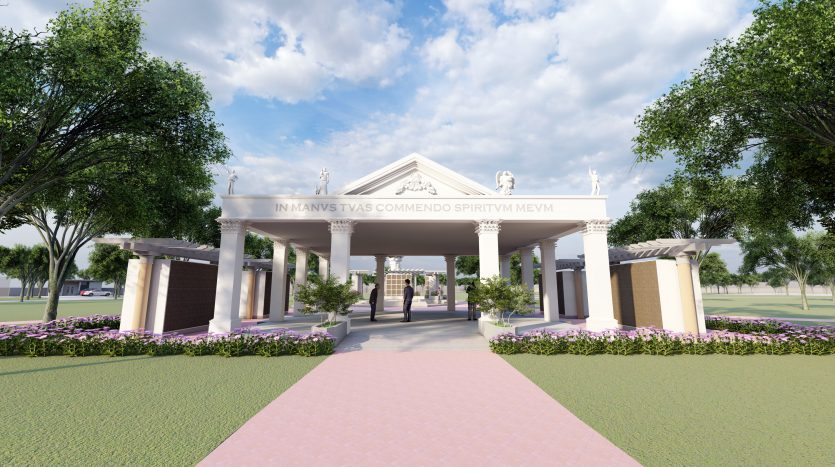 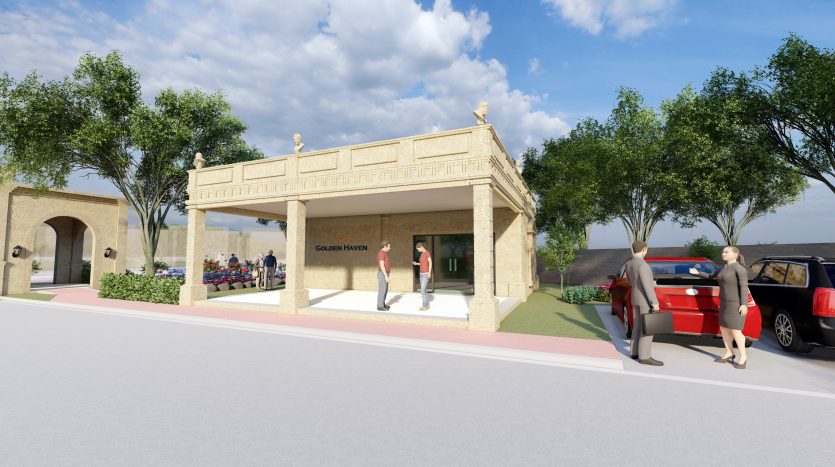 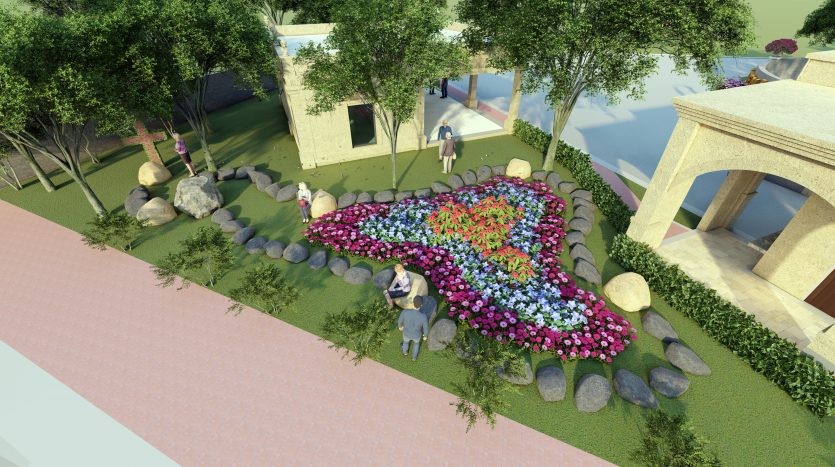 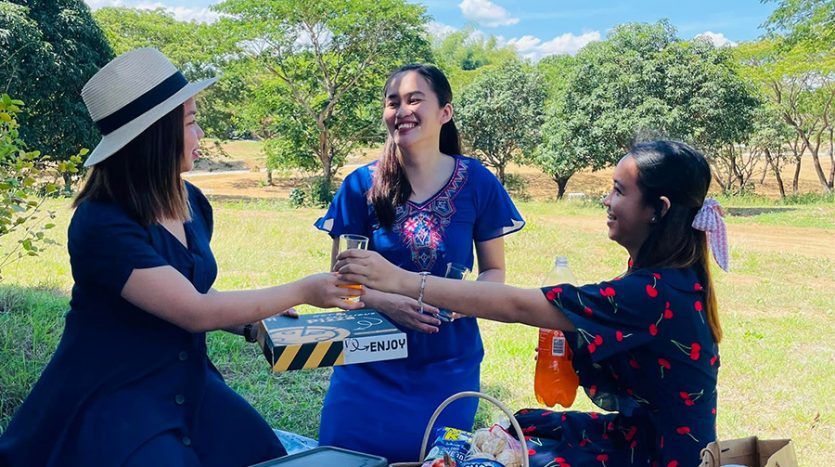 Having vast experience and a proven track record, the industry leader in digitalization continuously expands to more areas to provide more Filipinos with beautiful places to celebrate life.

With that said, another Golden Haven park will soon rise in Manaoag, Pangasinan. Located in Zone 3, Barangay Pugaro, Manaoag, Pangasinan–about 1.7 kilometers away from the Minor Basilica of Our Lady of Manaoag Church, this park is bound to be the most beautiful in the area.

With its proposed landmass of 45,528 square meters, this massive land holds approximately 180 trees. Most of which include Mahogany, Acacia, and Mango. The luscious green gives it a serene look that’s not only aesthetically pleasing but also refreshing to the eyes. The company started its development in June 2021 and is almost through with roadworks and drainage systems. The gate will soon be constructed and is expected to be completed by the end of the year.

Golden Haven is known for its beautiful themed memorial parks. Fashioned after some of the world’s most famous locales and designed by some of the country’s most renowned architects and engineers, Golden Haven strikes the perfect balance between solemnity and sophistication. Some of Golden Haven’s popular amenities–now considered landmarks in their local areas–include the famed Christ the Redeemer Statue in Cagayan de Oro, the Nuestra Señora La Virgen del Pilar in Golden Haven Zamboanga, the Imperial Gardens of Golden Haven Cebu, and the Pope John Paul II Statue in Las Pinas.

Manaoag, Pangasinan was occupied by the Romans, specifically, the Augustinians. With this as a starting point, combined with the exceptional architecture of the Romanian Empire, Roman Legacy became the inspiration by which the park’s overall look was formed. The empire’s impressive art and architectural designs highlight the beauty of its history and this will soon transpire in Golden Haven Manaoag.

Golden Haven memorial parks all over the Philippines are known for their stunning looks, lush greeneries, and world-class amenities. The park in Manaoag will be built to the same high standard as any Golden Haven park. Thus, gorgeous amenities that will soon become major landmarks in the Catholic Mecca of the Philippines will also be constructed for the people to enjoy.

Here are a few of them.

Triumphal arches are one of the Roman’s most influential architectures. They’re made to memorialize events such as the victories of generals and the rise of a new emperor. Carvings, dedications, and sculpted reliefs are on the main structure that tells the past.

For Golden Haven Manaoag, it will symbolize the passageway to honor the departed. It will serve as a portal that signifies longing to be with one’s beloved again. And a pledge that they will never be forgotten or lost, but will live on in our hearts forever.

Inspired by St. Peter’s Basilica, often recognized as the greatest structure of its time, Golden Haven Manaoag’s conservatory will certainly be another Instagram-worthy structure to check out at the park. The building will be a memorial to the departed’s memories to emphasize the significance of family above all else, especially in difficult times.

The Quirinal Palace is a renowned building that housed Popes, Kings, and Presidents of the Italian Republic. This will be the motif of the park’s office. The building is designated at the entrance to make it more accessible to clients.

There are two (2) columns or nodes set at the park’s center for added beautification. These columns will have the monuments of the Our Lady and Saint Dominic. It will signify love and hope for the family left behind.

As the town’s patron Saint, the structure of our Lady will be in one of the columns. Through Her womb, the earth has been blessed as the Savior was born. A true monument of faith, love, peace, and joy, this structure signifies that the time they spent with us will live on in our hearts forever.

Just as there is always a rainbow after the rain, losing someone does not automatically imply the end. Having a column dedicated to Saint Dominic is a beautiful symbol of hope that serves as a powerful reminder to humanity that death is not the end of life.

The Rosary is attributed to Saint Dominic’s teachings. It is also where believers hold on to their salvation as it symbolizes Christ’s sacrifice. This signifies to the bereaved family that they can find solace in the difficult trials and hardships of their lives.

For other concerns and inquiries, you may visit the Golden Haven Memorial Park Manaoag Office on the 2nd floor of 1B Tower Realty Bldg., Tiong St., Poblacion, Manaoag, Pangasinan. You may also send a message through their Facebook page @goldenhavenmanaoagofficial You may also call or text their phone number, 0919-082-0579.