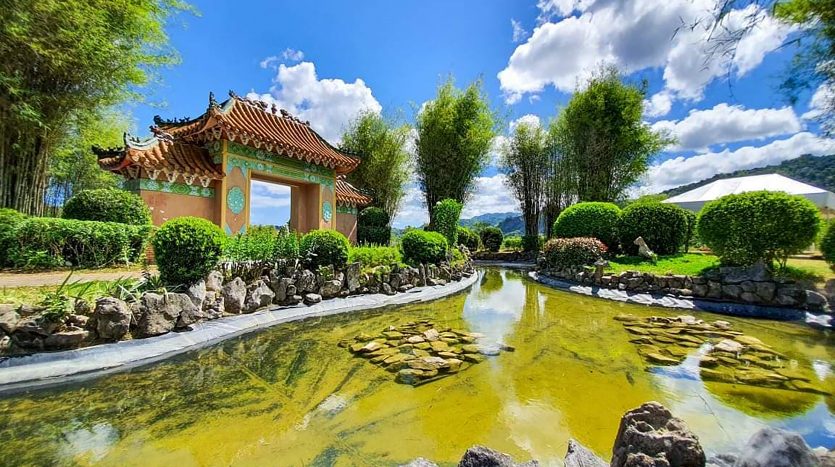 Golden Haven’s beautiful and serene atmosphere together with its creative themes is just some of the reasons that make it an outstanding choice for a final resting place.  All of Golden Haven’s memorial parks nationwide possess a delicate and majestic beauty. But one stands out as the most picturesque and Instaworthy. This is none other than the breathtaking Golden Haven Cebu.

Golden Haven Cebu is located just a few minutes away from the city. It is very much accessible to anyone who wants to get a glimpse of the mountaintop sanctuary and visit their dearly departed.

Its Italian-inspired architecture with a touch of oriental elements, together with its popular features; Pope John Paul II Memorial Hill, Koi Pond, and Butterfly Open-Garden among others, create a harmonious and immaculate environment.  In fact, the Philippine Property Awards recently honored Golden Haven Cebu for its ingenious design. They awarded Golden Haven the “Best Memorial Park Landscape Architectural Design”.

More and more people are appreciating its beauty for reasons beyond its function as a memorial park. Golden Haven Cebu is also famed to be a venue for prenup and pre-debut shoots. Its pristine beauty provides the perfect backdrop for the celebration of both love and life.

Kristine Sia, who held her prenup shoot in Golden Haven Cebu, shared why she and her husband chose the memorial park as a venue for their prenup shoot. “Its ambiance is full of love and peace and it’s a place closest to the ones we love who are already in the arms of our creator.” She shared. Kristine also explained that there are a lot of areas in Golden Haven Cebu that are actually picture-perfect.

According to Kristine, her father is interred at Golden Haven Cebu. She wants him to be part of a special occasion in her life even though he has already passed on. By having her prenup shoot there, she is acknowledging the big part that his father held in her life and the role he continues to play as a guiding light. Furthermore, having their prenup shoot in Golden Haven Cebu meant something more to the couple. To them, it’s taking “’til death do us part” more seriously and with the utmost sincerity.

This goes to show that Golden Haven has long achieved its goal of creating wondrous parks that are not only for honoring the departed but a place of healing and memory-making for the living.